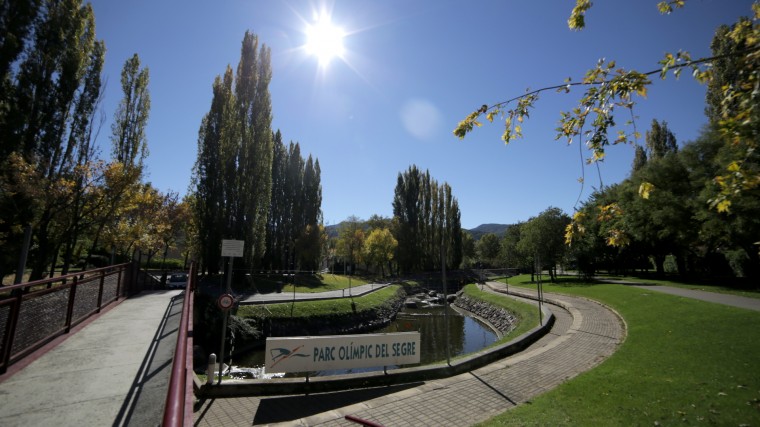 The heavy rains of 1982 led to disastrous flooding in La Seu d’Urgell, which meant that it was forced to make wholesale interventions to the bed of the river Segre and to restructure the river areas close to the city.

These factors coincided with Barcelona being chosen as the host city for the XXV Olympic Games, as a part of which La Seu d’Urgell became the venue for the white water canoeing trials.

The construction of the Segre Olympic Park was centred around a new canal diverted from this river and was opened in October 1990. The work allowed for the sympathetic development of an area close to the city and the establishment of a major sports facility.

The Parc del Segre can be used for canoeing in calm or rough waters, or for slalom, whether recreational or competitive. It has two canoeing channels: the quiet water channel is 800 metres long, and the white water channel 500 metres. A system of mechanical lifts and the regulation of the flow of water, ensures the sport can be practised throughout the year.