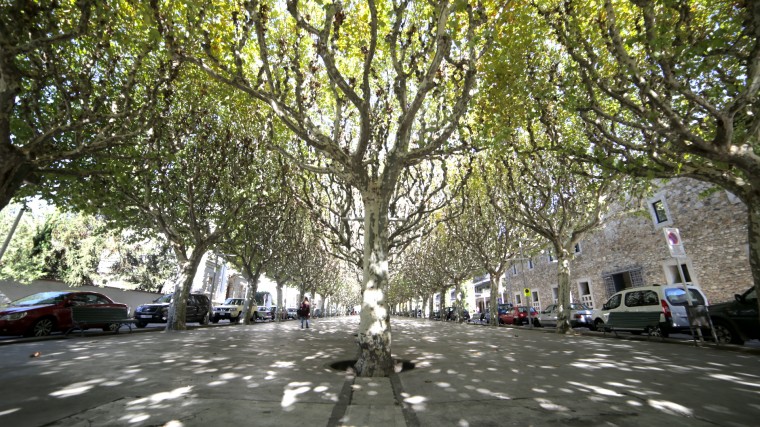 The overspill of the old walled enclosure of La Seu d’Urgell, from the end of the 19th century, had an uneven impact on the adjoining areas. The area located to the east of the old town, protected by the slope of the river terrace, had little opportunity to grow.

On the other hand, the area to the west experienced a process of accelerated growth. The area along the old defensive ditch, the route of a canal which flanked the western wall, was converted into an avenue which began to be developed from the early 20th century, and ended up becoming a de facto centre through its close proximity to the old town and its good prospects with regard to its proximity to the road that led to Castellciutat, the future Carrer de Sant Ermengol, where the first expansive energies of the city were concentrated. Passeig Joan Brudieu, with its triple row of leafy, hundred year old plane trees, has become the heart of the city.