3. Valira Park and the modern cloister 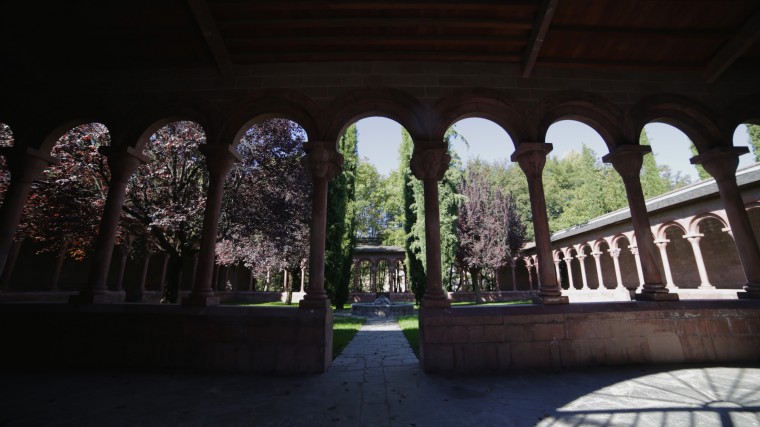 At the end of the 20th century, the growth of the city and the urban planning required new developments to be built around the river Valira. Valira is a riverside park, located on the left bank of the Valira River as it flows through La Seu d’Urgell.

One of its most outstanding elements is the cloister designed by the architect from Urgell, Lluís Racionero. This cloister is a replica of the cloister of the Cathedral of La Seu, but with the architectural language updated for the 20th century, which is centred on the capitals where various milestones in the history of this century are represented.

Therefore, the capitals become spaces of expression that display contemporary references: actors, politicians, religious representatives, footballers and scientists, as well as the “monsters” embodied by the dictators of the 20th century: Franco, Hitler and Mussolini. All in all, a history of the twentieth century carved in stone. It was opened in 1990 and was the subject of some controversy due to the inclusion of the dictators.

Valira Park and the modern cloister